The Martian by Andy Weir

The Martian by Andy Weir
My rating: 5 of 5 stars

I received this through Blogging for Books in exchange for an honest review.

I kept hearing friends trying this one out and raving that it was wonderful, and I admit I was intrigued by the premise, so when I saw it available, I decided to give it a try. I was a little apprehensive that I would be bored by a one-man show, I haven't seen either of the movies that it were offered as a combo/comparison, Castaway and Apollo13, though I am aware of them. I had nothing to worry about!

I was drawn in right away, and found myself holding my breath to see how Mark would deal with his next challenge! The science was great, it was high enough level that I could follow it, even if it wasn't an idea I was already familiar with, it was explained and applied to a situation, which really helps me to understand what's going on. Mark is a great character, a definite Space MacGuyver, humorous and endearing, an easy guy to like. I had to be careful reading this one before bed because it was keeping me awake, I just had to see what happened next, it couldn't wait!

I can't recommend this one enough because I really think it makes Sci-Fi accessible to people who aren't usually into it, it's got more of a real world feel because it is our world, albeit the future, it all sounds very plausible. Well, okay, just the sheer volume of stuff that happens to him and that he's able to overcome is kind of over the top, but still! If I have any criticism, it's that it ended a little too abruptly for me, I would have liked just a bit more follow through on what came next, but overall, it was fantastic!

View all my reviews
Posted by shaunesay at 6:31 PM No comments:

As You Wish: Inconceivable Tales from the Making of The Princess Bride 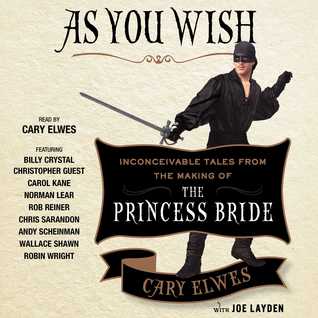 As You Wish: Inconceivable Tales from the Making of The Princess Bride by Cary Elwes
My rating: 5 of 5 stars

I cannot say how much I loved listening to this. I was 14 when The Princess Bride came out, and it became one of the defining movies of my teen years. I've watched it I don't know how many times, quoted it endlessly with my friends then, and still do today. This movie touches people in a way no other can. It is so many things, a comedy, a fantasy adventure, and the ideal romance. It's the happy ending we all want. I've been itching to watch it again the whole time I've been listening.

What I dearly love about this book is the sheer love and delight towards the movie of everyone involved in making it. That really shines through and makes me so happy that the people who made one of my favorite movies share that love with me. It wasn't just another project they worked on, it was something incredibly special.

I could listen to Cary Elwes speak all day! Well, I sort of did or would have if I could have had that long uninterrupted! His delivery is perfect, joined by Rob Reiner and other cast members and combined with the stories from the making of the movie, fun facts, the actors real insecurities and downright fears, their personal struggles and camaraderie make this a book I will treasure. It adds an extra dimension to the story that makes it even more precious to me.

View all my reviews
Posted by shaunesay at 6:18 PM No comments:

Bout of Books 12.0 is here! I'm ready! Bring it on! No goals for me, just reading and having fun!

To join us, check out the Bout of Books Blog or click on the picture above! 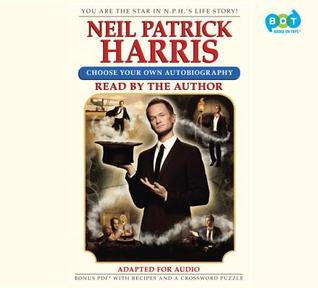