Doctor Who: Silhouette by Justin Richards 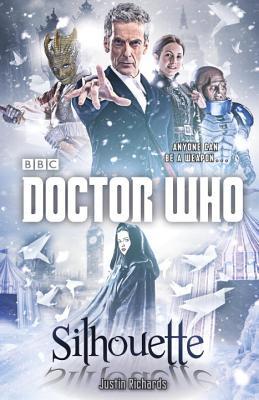 Doctor Who: Silhouette by Justin Richards

I was excited to see some Doctor Who books available on Blogging for Books, and was intrigued by the Carnival setting of Silhouette.

I have only seen the first episode of the Peter Capaldi season, but I think it was enough to give me a good feel for the characters.  A weak area of Silhouette is that it depends a little too much on the reader already knowing who Madame Vastra and Jenny are and doesn't explain their true relationship with each other.  Madame Vastra also doesn't seem to have much personality here, I would have liked to see her do a little more. Strax was very well done, and easily steals his scenes.  The Doctor seems very like what I remember from the show, sometimes sarcastic, sometimes crotchety, very much not interested in being detained (that's a funny scene, but no spoilers!).  Clara too seems true to form, though strangely missing from the cover.

The Carnival of Curiosities is an intriguing backdrop to the mystery to be solved, and I enjoyed how the performers talents were utilized.  To say a lot more would be too much and make it less enjoyable I think.  I was in the mood for a Doctor Who story, and this did fit the bill.  I think those not already into the show might find it a little flat, but fans will easily be able to fill in the gaps with their knowledge of the show and characters.

I give it a 4/5 based on Strax's character and the Victorian carnival setting.

View all my reviews
Posted by shaunesay at 11:30 PM No comments: