Rocktober is for Reading! 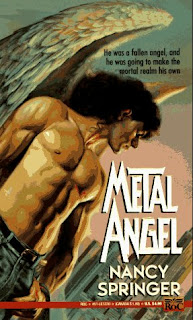 My friend Susan over at West of Mars has invited us to celebrate Rocktober with her! Check out the Rocktober event on Facebook. Music and Books are two of my greatest loves, so combining them really appeals to me!

All you have to do to join in is post a link over at the West of Mars Fans Page on Facebook with a link to your review, author interview or giveaway that involves a book related to music, and Susan will transfer it over to the Meet and Greet Blog!

If you need some ideas on what you can read, Susan has compiled a great list HERE. Thank you so much Susan for compiling that list, I've added some to my wishlist! Primarily Fitzwilliam Darcy, Rockstar!

Here are the books I have to choose from to read, I'm going to treat this as a relaxed reading challenge:

And of course I highly recommend Susan's own Trevor Wolff and Shapeshifter books: Trevor's Song, Demo Tapes 1, Demo Tapes 2 and Demo Tapes 3, which I still need to get my hands on, do you hear me Susan?

All you have to do to join in is post a link over at the West of Mars Fans Page on Facebook with a link to your review, author interview or giveaway that involves a book related to music, and Susan will transfer it over to the Meet and Greet Blog!

Come and join the fun! Let's read some beautiful music together!
Posted by shaunesay at 3:28 PM 1 comment: 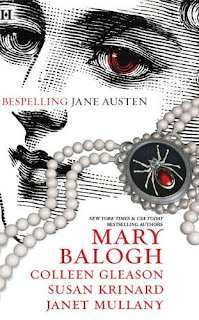 Bespelling Jane Austen is an anthology of four paranormal romances inspired by Jane Austen novels. The pieces range from reincarnation to a paranormal dating service, and one even features Mr. Darcy himself as a vampire. I really do need to go back and read the original Jane Austen novels if I really want to appreciate all these mash-ups to their fullest!

Of this group I enjoyed Mary Balogh's Almost Persuaded the best, though all were enjoyable reads. She mentions that she really has not done anything in the paranormal genre, I think she does more traditional historical romances, but her story of two lovers reincarnated again and again, always separated and unable to overcome obstables such as social class, finally able to come together was heartwarming and lovely.

Colleen Gleason's Northanger Castle follows Caroline, a girl obsessed with gothic novels, and who sees villains and vampires everywhere she looks, discovers that her favorites stories are not so fictional, and that not everyone is who they seem!

Blood and Predjudice by Susan Krinard, who was the instigator of this anthology, is the Elizabeth and Darcy story in a modern day setting. Darcy is as infuriating as ever, though truly good-hearted, and Liz is the bold heroine who wants to protect her family, yet finds herself oddly attracted to the villainous vampire!

Janet Mullany takes us to Washington DC and a tale of competing paranormal dating services in Little to Hex Her. Emma has taken over the running of her sister's business while she is away, trying to help the paranormal's of the city find matches. When a rival dating service is begun, and everything seems to go inexplicably wrong for her, Emma finds help from an old boyfriend, and learns a few truths about their past that could make a future possible for them.

For more information on these lovely lady authors, please visit their websites: 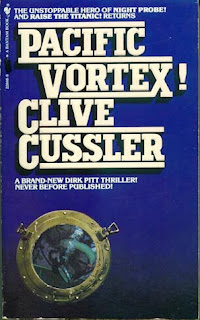 I've long been a fan of Dirk Pitt, though honestly I've only read about 4 of the novels from various points in the series. He's like an American James Bond, only he scuba dives for shipwrecks. Each story is a great mixture of military thriller and outlandish underwater excavation that takes you to exotic locations and shows you unbelievable things. In other words, they're a lot of fun!

Pacific Vortex! is actually the first Dirk Pitt story though it was published after Clive Cussler had a few Dirk books under his belt. #2 in the series The Mediterranean Caper was actually the first one published in 1973 (a very good year if I do say so myself! Ahem!), and it wasn't until 10 years and 5 books later (according to goodreads) that this first story was published so that fans could see how Dirk started out. It is a much shorter and faster read than later novels, and is an interesting contrast to them, showing the diamond in the rough.

Dirk is not nearly as polished in Pacific Vortex! as he is later, and he doesn't have his priceless collection of cars yet, in fact, he doesn't seem to own much at this point. His faithful friend and sidekick Al Giordino does appear, but not until quite aways through the book. As usual they are pitting themselves against unbelievable odds (*groan* seriously I didn't realize I typed that until I went back and read it just now!) to solve an unsolvable mystery, in this case finding a missing submarine in the Pacific Vortex, a place much like the Bermuda Triangle. There's danger and romance, and a secret underwater hideaway, what more do you need?

As a fan of Dirk Pitt, I think I would suggest reading others in the series to get a feel for the characters, and then going back and reading this one for fun. If you start with this one I'm not sure that you'll really get the true picture of how great this series is, probably why it wasn't published until later. But I still enjoyed it, and recommend it if you like thriller adventures that take you to crazy places.

Clive Cussler himself is a collector and restorer of classic cars, and shares these treasures with us at The Cussler Car Museum in Arvada, CO that I HIGHLY recommend. I'm not a car lover and even I was enthralled by the number of shiny, beautiful cars packed into the space. What's also fun is that by each car that is featured in a novel, there is a placard telling which book Dirk drove it in. The museum is only open for a limited time during the year, Monday's and Tuesday's only May through September, but if you can make the time, it's a hidden gem!

For more information on Clive and his work, visit this website.

I read this as part of my own personal Catching Up With Old Friends Challenge, but am also going to count it in the Mystery and Suspense Challenge hosted by Book Chick City.
Posted by shaunesay at 9:28 PM No comments:

In a little bit over a month I'll be participating in my 4th Dewey's 24 Hour Read-a-thon and I'm just as excited as I was for my first one! I'm already thinking of what books would be good reads for that day. Okay, truthfully I've been doing that since the day after the last read-a-thon!

This time I may be adding some Kindle books to my TBR pile to give myself some variation, and am considering an audiobook for the times when I need to rest my eyes, or while cheering for other readers. Last read-a-thon was my first as a cheerleader, so I will probably try that again, because I know how much I liked being visited by them.

To sign up as a reader, visit this link

To sign up as a volunteer, visit this link, Cheerleader sign ups will come later, this link is for help with organizational committees, as it takes a lot of work to make the read-a-thon go smoothly!